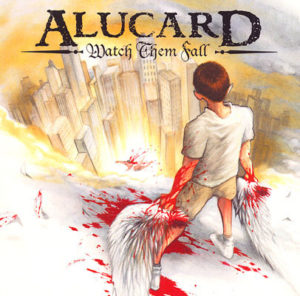 Watch Them Fall was pre-released in 2008 as a limited edition mixtape. It was accepted as a top underground indie record for the year, and was soon sold out everywhere. Rather than re-press the mixtape, Creative Juices Music decided to re-release it as an official LP. The Watch Them Fall official release has been re-mastered and includes 5 brand new tracks, with new original art created by Alucard himself. Watch Them Fall is a collection featuring some of Alucard’s best material over the last 10 years. This is a grim story of a boy who became a man, and how he learned to channel his inner demons through Hip Hop. This is the featured single Smiley Face Killers ft. Jise .