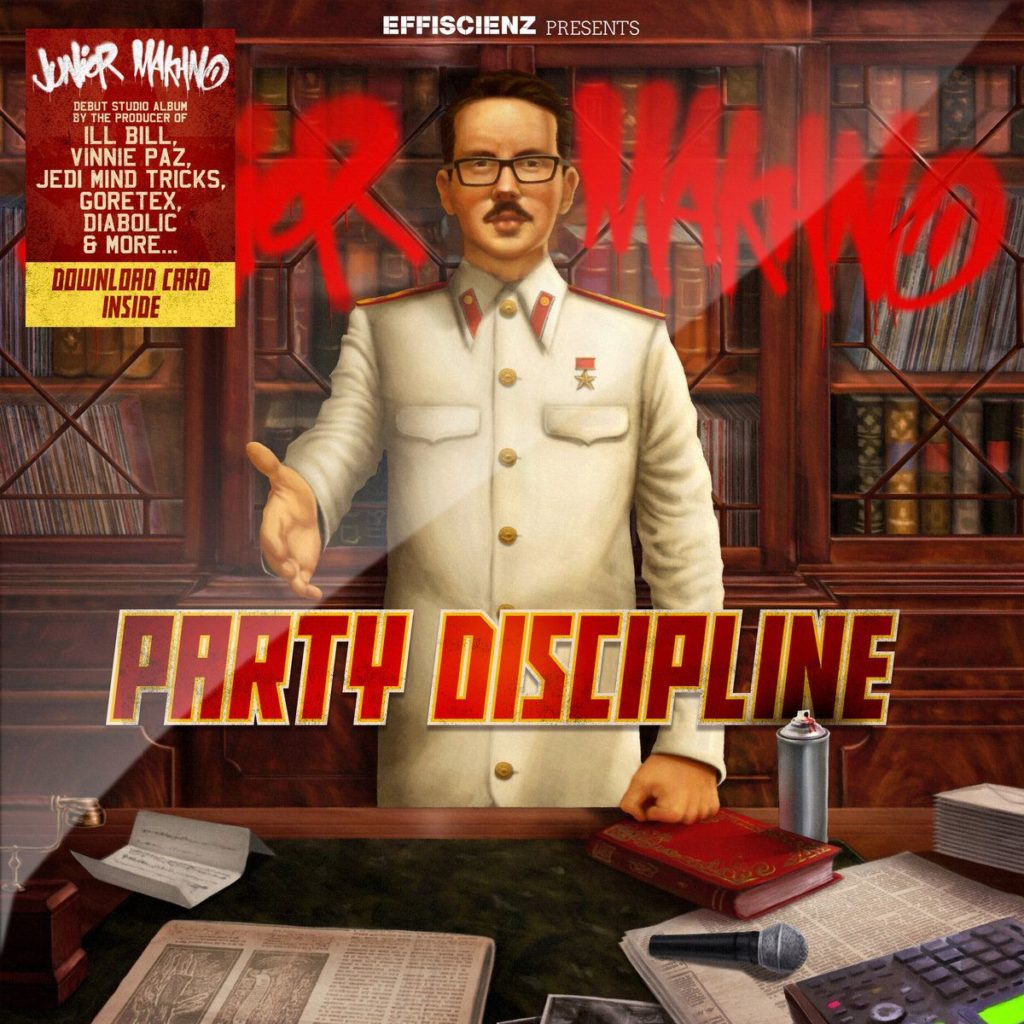 Junior Makhno sounds like the name of a destructive experimental virus still being studied in an obscure laboratory.
If the very first premises of danger appeared at the end of the 90’s, it was not until 2007 that the first victim was declared: Junior Makhno had just won a remix contest organized by Dj Muggs (Cypress Hill) annihilating the other contestants.
Since then the rhythmic flail has never ceased to spread over Hip Hop, Increasing its vigor beat after beat to finally cross the Atlantic and contaminate the albums of Ill Bill, Goretex (Non Phixion), Vinnie Paz, Jedi Mind Tricks, or Diabolic.
All Tracks Produced by Junior Makhno
Mixed & Mastered by Miloud Sassi for db Master Pro, Paris / Brussels
Illustration by Shalik
Art Direction & Graphic Design by GUSTAVimages
Executive Producer Loscar