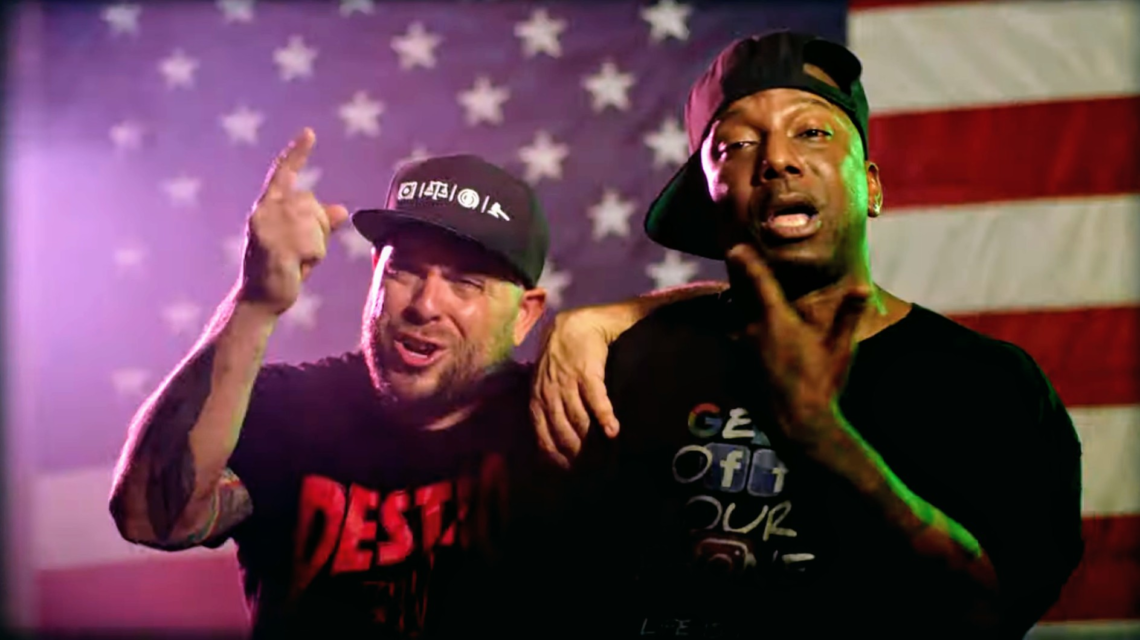 Jamo Gang is back with the visuals for “Francis Scott Key,” taken from their recently released full length LP, ‘Walking With Lions,’ which shares its name with the American lawyer best known for writing the US National Anthem. The trio of Ras Kass, El Gant and J57 pull from the fact that America’s anthem was forged from violence and oppression, and they put it on blast with major lyrical middle fingers. The track is an anthem in its own right, but more about protesting for what’s right and just. Directed by Brian Sachson, the visuals serve as a powerful reminder of where this nation came from, and what needs to be addressed if anything’s going to change. ‘Walking With Lions’ is available now through all digital retailers and streaming platforms and can be purchased on both CD and Vinyl, via Fat Beats Records.