Your Next “Top Five” Debate: How to Avoid Falling Down the Rabbit Hole June 5, 2018 – Posted in: Articles, General, Lifestyle – Tags: Top 5 Emcees Dead or Alive

Your Next “Top Five” Debate:

How to Avoid Falling Down the Rabbit Hole

By Sam Saltman aka Mindz Eye 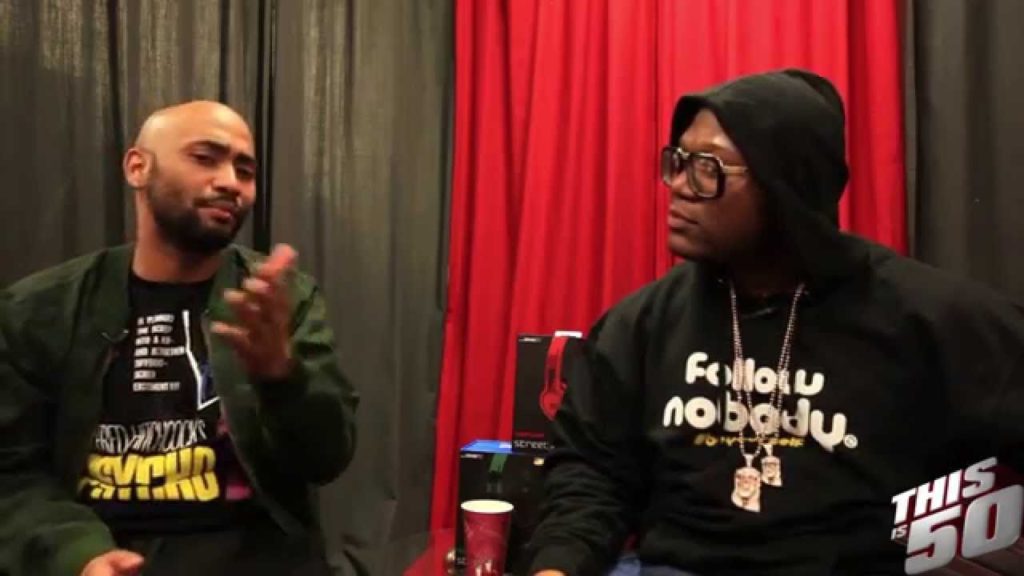 If you’re like me, you’ve probably had numerous discussions with your friends that went something like this:

Who’s in your top five – dead or alive?

I don’t think he’s that ill lyrically, but I could listen to any one of his albums and not skip a song.

At some point, the debate devolves into an existential crisis, as someone always has to pull out the college freshman pseudo-intellectual card.

Again, if you’re like me, these discussions can seem pointless and get annoying. But not if you make some clear distinctions from the get go. Such as…

What you’re looking for in music – what you want to get out of it – determines what you “like,” and that may change depending on your mood. The basic threshold for “liking” music is simply that the sounds you hear (including the lyrics, if any) make you feel good for whatever reason. That’s pretty much purely subjective.

If, however, you mean what I mean – that “quality” or “good” music is that which requires high levels of skills to create – then we move away from purely subjective into a gray area with some objective guideposts. After all, skill is to some degree measurable. We must still bear in mind here, though, that sometimes quality music – music that requires a high level of skill to create – does not always coincide with music that makes you feel good, or even sounds good. For example, there’s a band from the 70s called The Mahavishnu Orchestra. The original line up of the band consists of two former Miles Davis band members – John Mclaughlin and Billy Cobham – as well as three other virtuosos. These men may be the greatest – i.e., most skilled – musicians ever assembled in our time. I love the band. My friends hate it; they think it’s a joke. In any case, there are some songs that even to me sound just…I don’t know – weird? – even though the skill required to think of and then play those notes is clearly masterful. So I skip these songs – I don’t “like” them – even though I recognize that they are “quality,” in that they require a lot of skill to create.

Ultimately, though, the ideal music – subjectively and objectively – is that which sounds good (to the largest number of people) and requires the highest level of skill to create (which is NOT the same as being “complicated”).

By contrast, we might like music that we know and even admit is a “guilty pleasure.” I’m willing to bet that phrase was invented to describe exactly this sort of thing. In fact, we could “like” our guilty pleasures more than we like or innocent pleasures – the ones we don’t have to be afraid to admit because we know they’re “quality.” Worse (at least from my point of view), an entire culture may descend into one that likes guilty pleasures more than anything else and ultimately gives up on quality altogether. In that case, a musician who is popular because he or she has the “skill” of knowing what the people want and giving it to them is not the kind of “skill” I’m talking about. Sometimes people want shitty shit and it doesn’t take much of what I call “skill” to make shit.

Which brings us to…

Lyricism versus the overall song

As the mock conversation at the beginning suggests, sometimes people include rappers in their Top Five because they are thinking strictly in terms of lyricism (the Top Five, to these people – which includes me – is a list of those rappers they think are the most skilled lyrically) whereas others include rappers that they think have better songs overall – which may or may not be because of that rapper’s lyrical skills.

So often in the Top Five debate people forget this critical difference. They disagree at least partially because they’re not seeing the difference between judging lyrical skills and judging overall song quality. I can like Biggie’s overall songs more than I like Tupac’s for reasons that have nothing to do with lyricism or even overall song quality: Biggie’s from the East Coast and so am I; I like his beats better; there are fewer songs I skip on his albums than on Tupac’s albums; and so on.

So, before jumping head first into “Top Five” debate quicksand, it’s helpful to make this distinction: Are we talking lyrically or overall? “Overall” could include not only song quality but also other things like voice (I can’t stand Jada’s voice, but some people love it), character (“Slim Shady” or Ol’ Dirty Bastard’s “shitty drawers”), personality (“He’s a humble dude” or “He’s a real G”), and so on. These other things are mostly subjective and hard to debate. They also overlap with “song quality” and even with lyricism. Speaking of which…

You Can Debate Lyricism without Falling Down a Rabbit Hole

While there is a lot of subjectivity in these discussions and, ultimately, it’s impossible to state with scientific accuracy that X’s lyrics are “better than” Y’s, can we not agree that – lyrically – Mos Def’s

“The shiny/Apple is bruised but sweet, and if you choose to eat/You could lose your teeth, many crews retreat/Nightly news repeat who got shot down and locked down/Spotlight to savages, NASDAQ averages/My narrative grows to explain this existence/Amidst the harbor lights which remain in the distance”

is better than Offset’s

If you’ve ever tried to write lyrics, it might be obvious. But maybe not. Putting it perhaps too simply, the assumption is that the harder to think of something, the better it is, as long as it makes sense. It doesn’t have to be complicated or refer to obscure historical events or abstruse scientific theories or use fancy words like “abstruse” and shit. But it has to be something that not everyone could think of. Like any good writing, the more it creates pictures in your mind and makes you think about or see what the writer is saying, the better.

So what, if any, are the criteria you and your friends can use next time you have this debate—after, of course, you’ve distinguished the purely subjective “like” from the somewhat less subjective “good” or “quality” and have agreed to focus solely on lyricism? Here is a non-exhaustive list I’ve put together:

These are just some the categories that lyricism can be separated into and, when lyricism and overall song quality and these otherwise intertwined things are separated like this, it can guide you through a hopefully more constructive conversation about why you like what you like, or why you include or exclude this or that rapper from your Top Five, or why you’d rather listen to this album than this other album for the rest of your life.

What other criteria for lyricism would you include? Do you agree with how I’ve described the ones above? Are there other distinctions I missed? Who’s in your Top Five – and why? Add your thoughts in the comment section below.

In all honesty I like listening to more conscious rappers that make me think outside the box… rappers like IDE, Atma, Son of Saturn, Beast 1333 etc… these kind of guys speak of hidden meanings in everyday life that we tend to look away from or not know at all… these kind of rappers speak of things that we aren’t taught in school and give us insight that we wouldn’t have known… these kind of rappers make me search the internet to see exactly where they coming from, make me look up documentaries to understand their verses and thought processes better… it’s due to these kind of rappers that help me further my own conscious thoughts and see the world for what it really is! This is exactly what I’m looking for when listening to music and is the exact reason that I listen to underground hiphop and continuosly give anyone the middle finger when they tell me that commercial garbage is better than what I listen too… when it comes to a top 5 it will always revolve around emcee’s that help me further my own consciousness (and maybe classic emcee’s that took me from lame radio music and into the underground where ny head belongs like Big L, Atmosphere, even Beatnuts… etc)

Reply to ArticlePlease do not use offensive vocabulary.