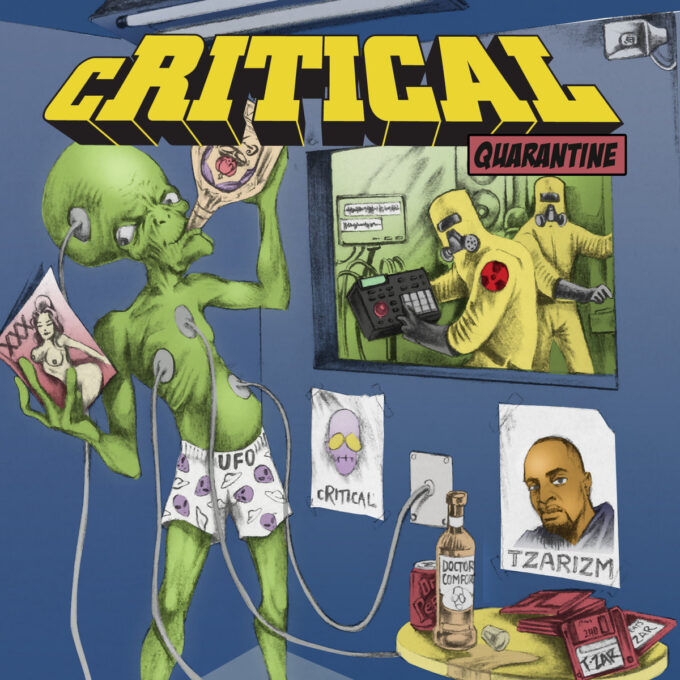 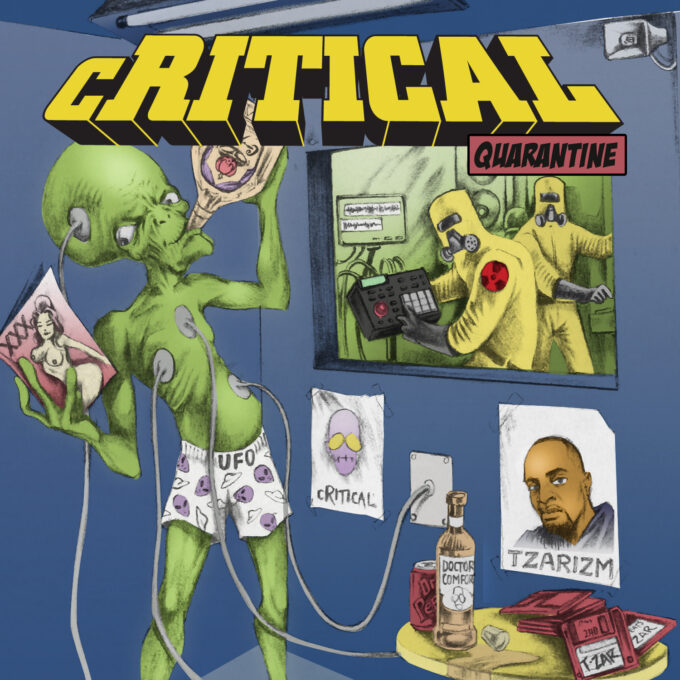 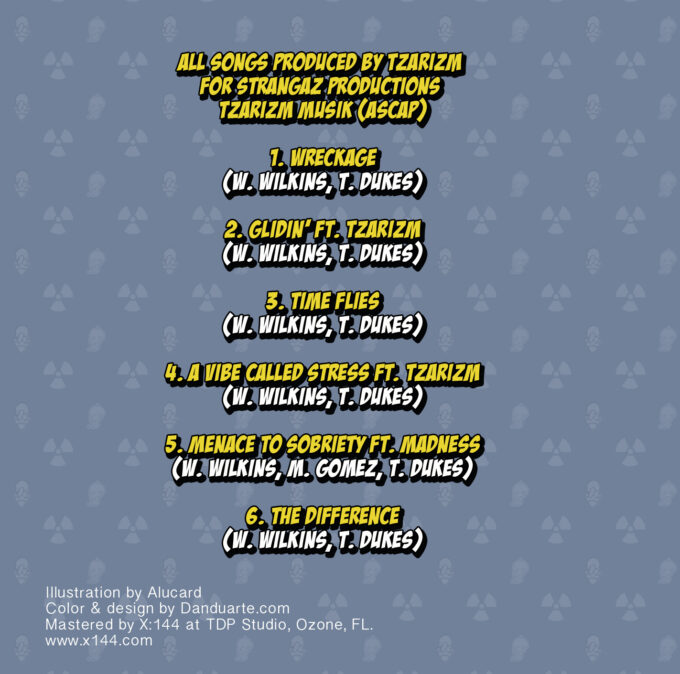 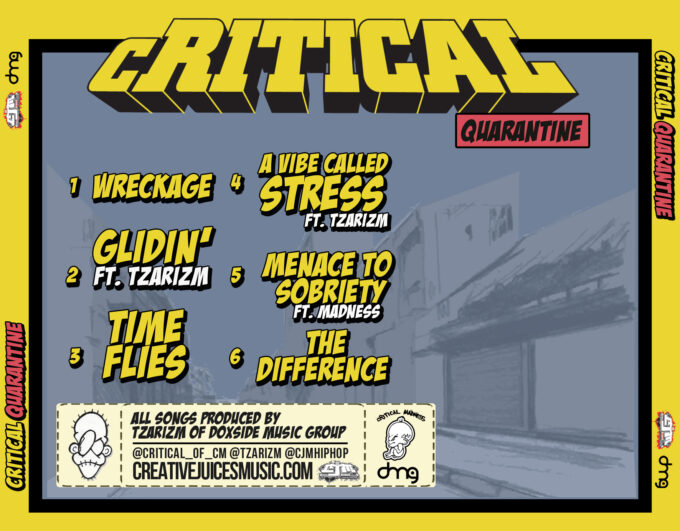 Creative Juices Music & Doxside Music Group present “Quarantine”, the latest project by cRITICAL one half of the inebriated rap duo Critical Madness. After the leakage of his Clinical Studies mixtape was unleashed to the masses, he took refuge underground with fellow Ozone veteran producer, Tzarizm to experiment on some new groundbreaking material. Cover art by Alucard.