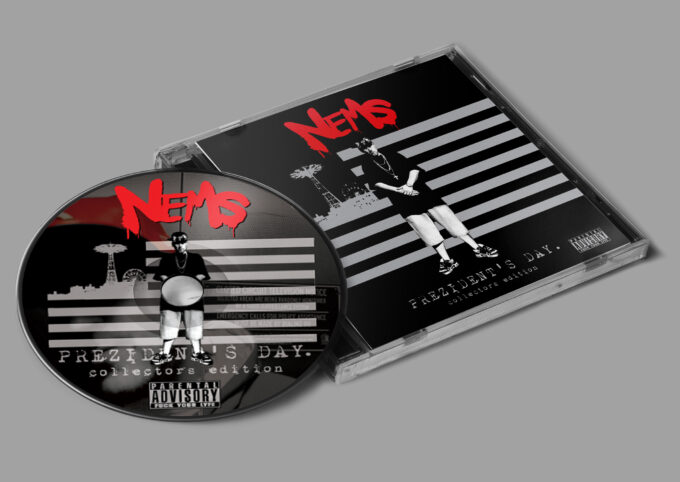 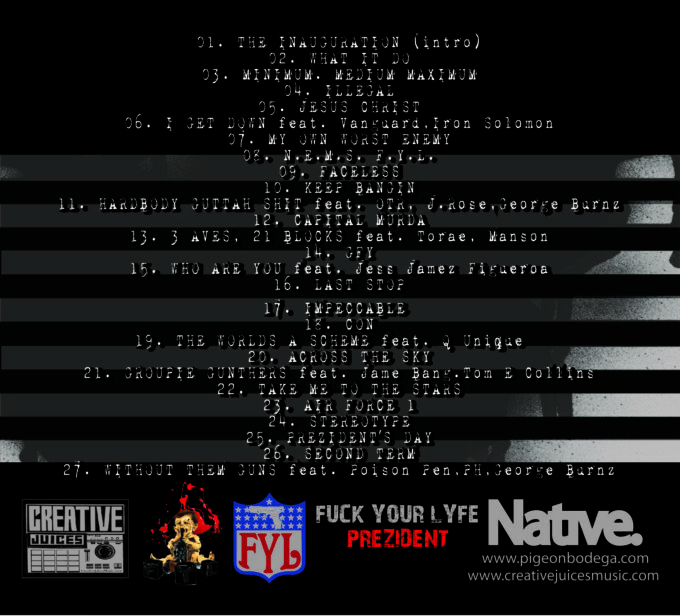 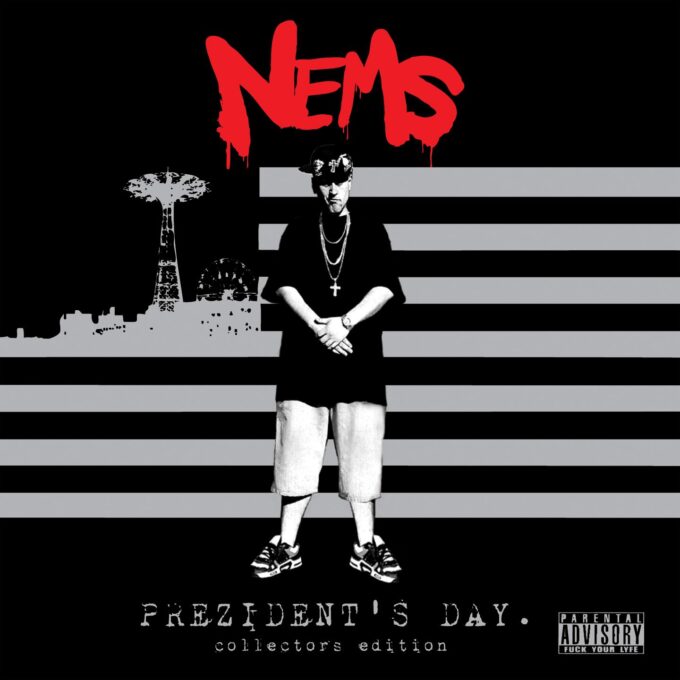 2010 Nems debut album “Prezidents Day” was released on Creative Juices Music. Nems was making a name for himself as a battle emcee and personality. The album quickly sold out, and was held in high regards by fans worldwide. 7 years later we are celebrating the success of the album with a re-release. This limited edition double CD/vinyl features the 16 album tracks, 11 bonus songs, 5 unreleased tracks yet to be heard. The unreleased material was all recorded for Prezidents Day back when the album was being worked on. This is the Coney Island Mayor: Gorilla Nems at his best.

Prezident’s Day……The long awaited debut album from Nems (MTV Fight Klub Champ with 25 wins and President and Founder of Fuck Your Lyfe – one of NYC’s top underground crews). Prezident’s Day was originally scheduled to to be released in Oct. 2008 on Necro’s Psycho+Logical Label , but due to situations beyond Nems’ control the album never surfaced. Now, 2 years later, after a tour and heavy promotion since ‘ 08 the album fans have been starving for is finally here! With banging production from hip hop’s best new producers and battle-proven lyrics, Prezident’s Day is a breath of fresh air to any true hip hop fan suffocated by today’s garbage . A future hip hop classic!