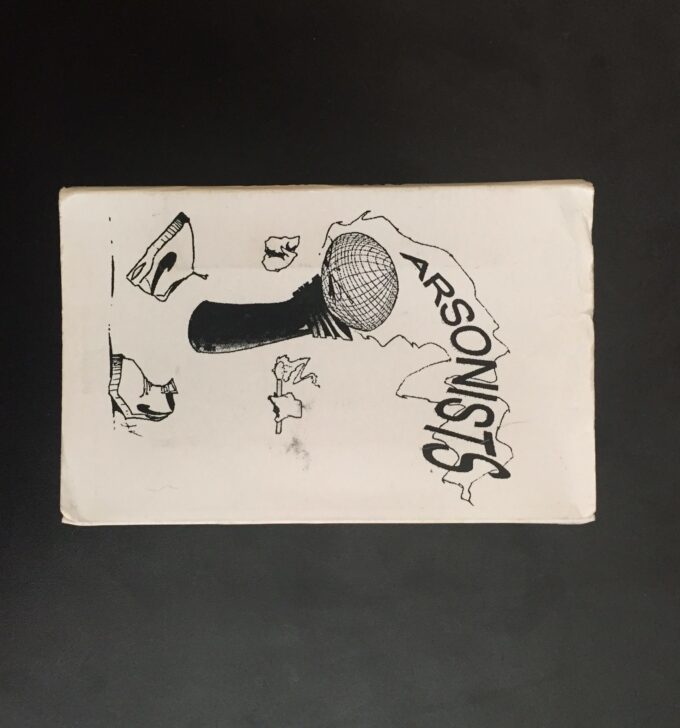 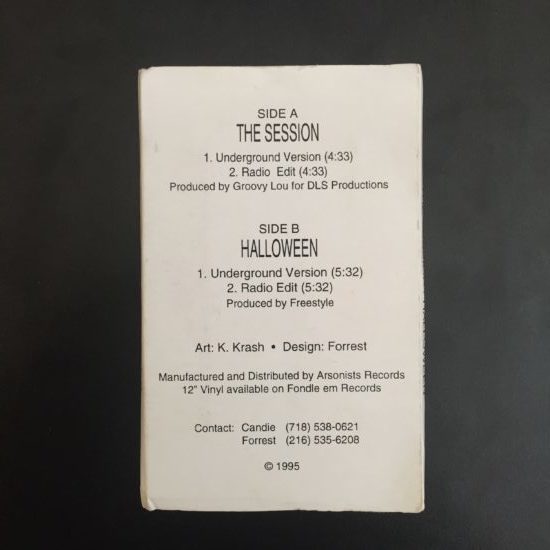 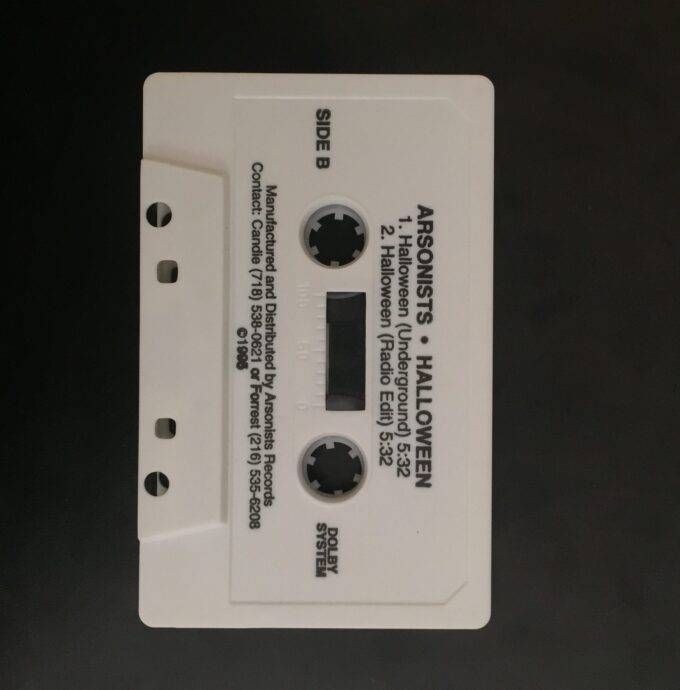 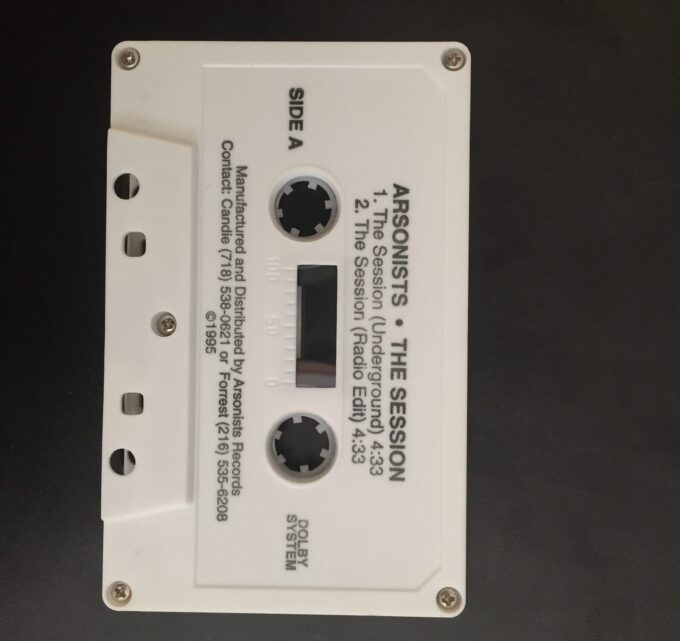 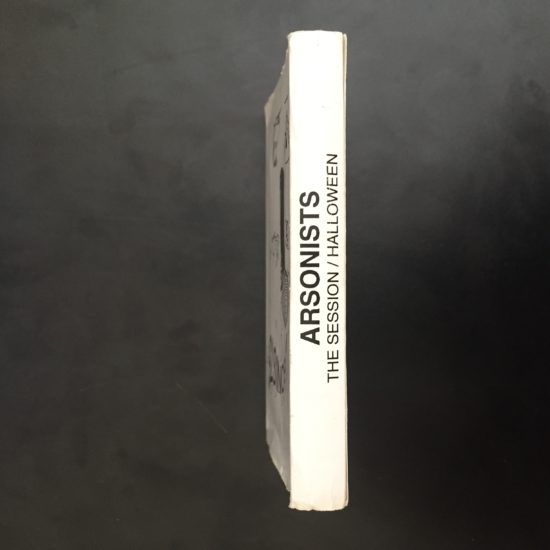 Its not every day you come across an original Arsonists – The Session cassette tape single from 1995. The new vintage section is designed just to do that! With a huge shout out to Warryn Syde for contributing this rare gem.   Arsonists “The Session/ Halloween” cassette Tape. Minor were on the cover, but over all great vintage condition.  Be sure to check out new music from Jise.

Born and Raised in Brooklyn, New York Jise was influenced by music at a early age. Carrying on the tradition going by Jise One (The name his Brother went by, before he passed), Jise choose Hip Hop as his means of expressing his visions and points of view. After having moved to Bushwish Brooklyn, where he joined the legendary independent hip hop group The Arsonists), he really began to polish his skills as a emcee.

Be the first to review “Arsonists – The Session Tape” Cancel reply