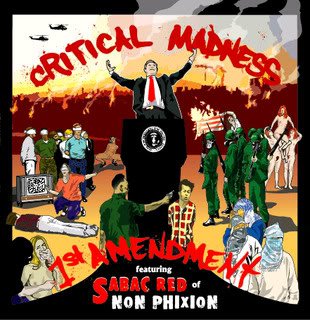 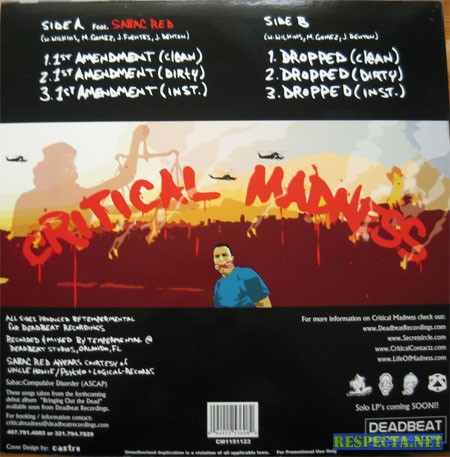 Side A feat. Sabac Red

Critical Madness (cRITICAL + Madness) is the combination of 2 legendary battle vets who originally met in the orlando hip-hop scene and eventually partnered up after competing for the same crown in the final round of numerous open mic freestyle tournaments. What started as a couple of CM tracks has now manifested into their debut album “Bringing Out The Dead”, released through Domination Recordings which features collaborations with Slaughterhouse front man Joell Ortiz as well as Sabac Red, Young Zee, long-time collaborator Little Vic and others. Covering the production side, TEMPERMENTAL produced the bulk of the LP with TzariZM adding his own brand of sickness to the stew. Marco Polo and DC the MIDI alien also contributed to the soon-to-be classic.

Both tracks taken from the forthcoming debut album “Bringing Out The Dead”.