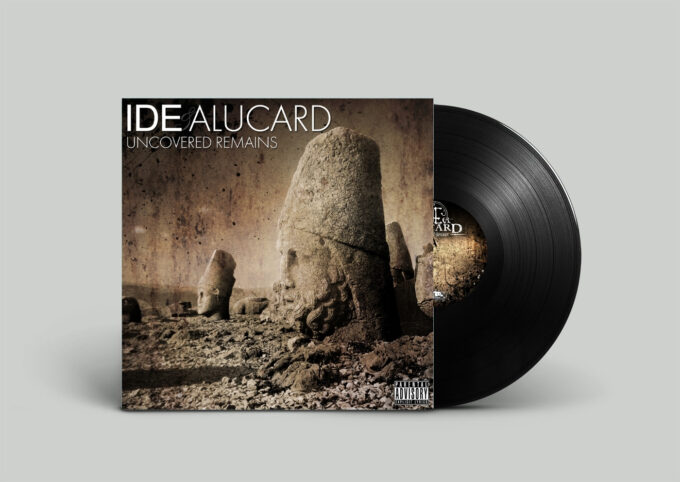 Around the same time Alucard and IDE recorded For Fuck Sake . They had another project in the works: Stonecutters – Primitive Tools. A concept album based on “Building” in both a literal and metaphorical sense. The album was titled “Primitive Tools” in reference to bringing it back to the basics of creating Hip Hop.

After IDE was in the Hospital with a collapsed lung, moving, and falling out of touch with some of the producers. The project slowly fell apart. Even with over 15 songs recorded. A good portion of the tracks were mixed, however some of the songs were lost on a destroyed hard-rive. In 2012 after scavenging the best raw recorded mixes from the project, Creative Juices Music has decided to release this material as album project called “Uncovered Remains”.

With over 15 unreleased tracks. Most never before heard. All though not every track got to get the finishing touches, and final mixes. The sound of the album captivates the time it was recorded and the mind state the artist were in.

After mastering and touching up all the tracks as best as possible “Uncovered Remains” is ready for immediate release. This project will hit home for fans of Force Fed, Watch Them Fall, FFS and Table of Content. Hard hitting raw production by the likes of: IDE, Benzie, Junior Makhno, Al Tarba, Black Sparx, R1 and Philup Drummond. Dust off your stereos in preparation for these “Uncovered Remains” sure to leave the most hardcore Hip Hop fans wondering what planet these artist came from, and how they come up with some of the content they rhyme about.