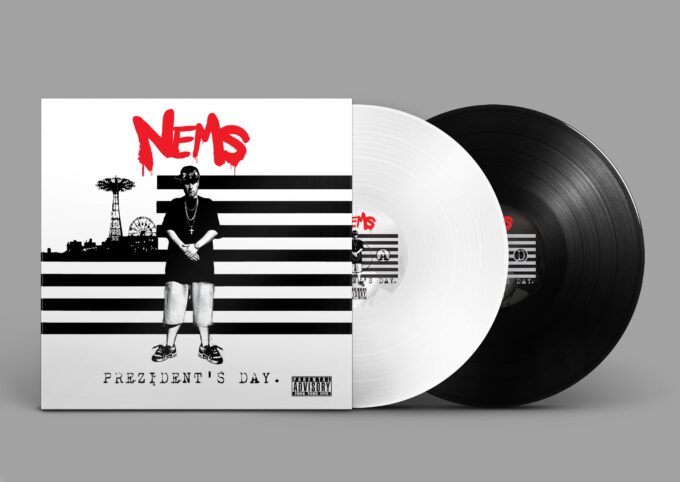 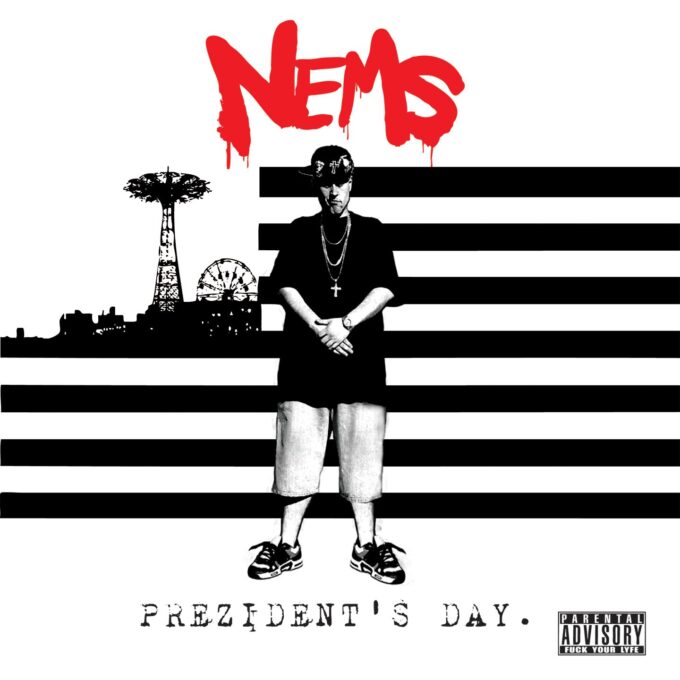 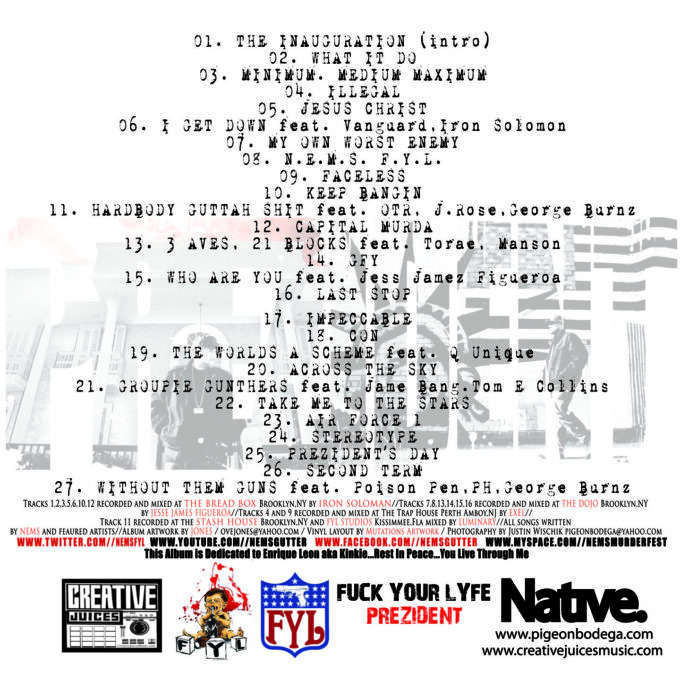 2010 Nems debut album “Prezidents Day” was released on Creative Juices Music. Nems was making a name for himself as a battle emcee and personality. The album quickly sold out, and was held in high regards by fans worldwide. 7 years later we are celebrating the success of the album with a re-release. This limited edition double CD/vinyl features the 16 album tracks, 11 bonus songs, 5 unreleased tracks yet to be heard. The unreleased material was all recorded for Prezidents Day back when the album was being worked on. This is the Coney Island Mayor: Gorilla Nems at his best. 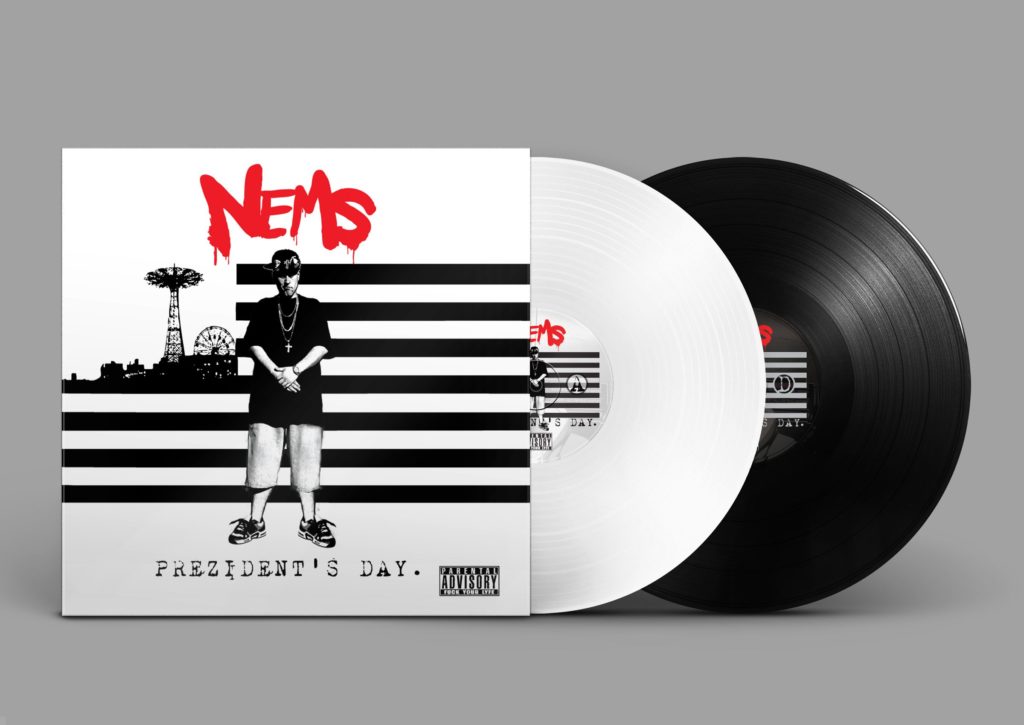